This healing experience has absolutely changed my life 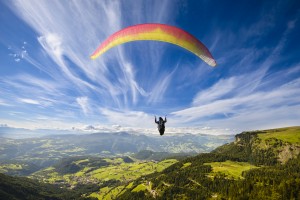 I had recently experienced trauma in my life. Just over a month prior, I witnessed the accident that left my boyfriend with a very serious brain injury that resulted in him being in a coma for almost three weeks. Needless to say, we were both in need of some healing, physically for him and mentally and emotionally for me.

When he first woke up from his coma, although he looked the same, everything had changed. He wasn’t able to speak, feed himself, walk, etc. and it was like everything was in slow motion. He was anxious and at times he was paranoid and angry. He often had a tremor in his hands, was very restless and was in adult diapers because he wasn’t able to communicate when he needed to go. I felt absolutely helpless, I did a lot of research while he was in a coma and I wasn’t sure what I could do or what anyone could do to help him have the best recovery possible.

I noticed results within hours of the first session of our program. Each day both of us became more peaceful, calm and relaxed. He became less confused and more present each day. Through the program he became less anxious and was able communicate much better and his nurses could not believe he was the same person! He could let you know when he needed to go to the washroom and on our last day, was able to urinate on his own without a catheter for the first time in just over 5 weeks. By the end of the program, in his physiotherapy sessions, he was standing taller; his hip showed less weakness, and his balance was MUCH better. His physiotherapists were absolutely shocked. His occupational therapist could not believe how calm he was and that his attention span had improved.

By the end of the program I felt so peaceful, I was able to let go of some of the trauma and emotions I had been feeling, my stomach was no longer twisted in knots and I was able to cry for the first time since the accident. I came into a strength that I have never known before, and I now feel like I will be able to handle any situation that comes my way.